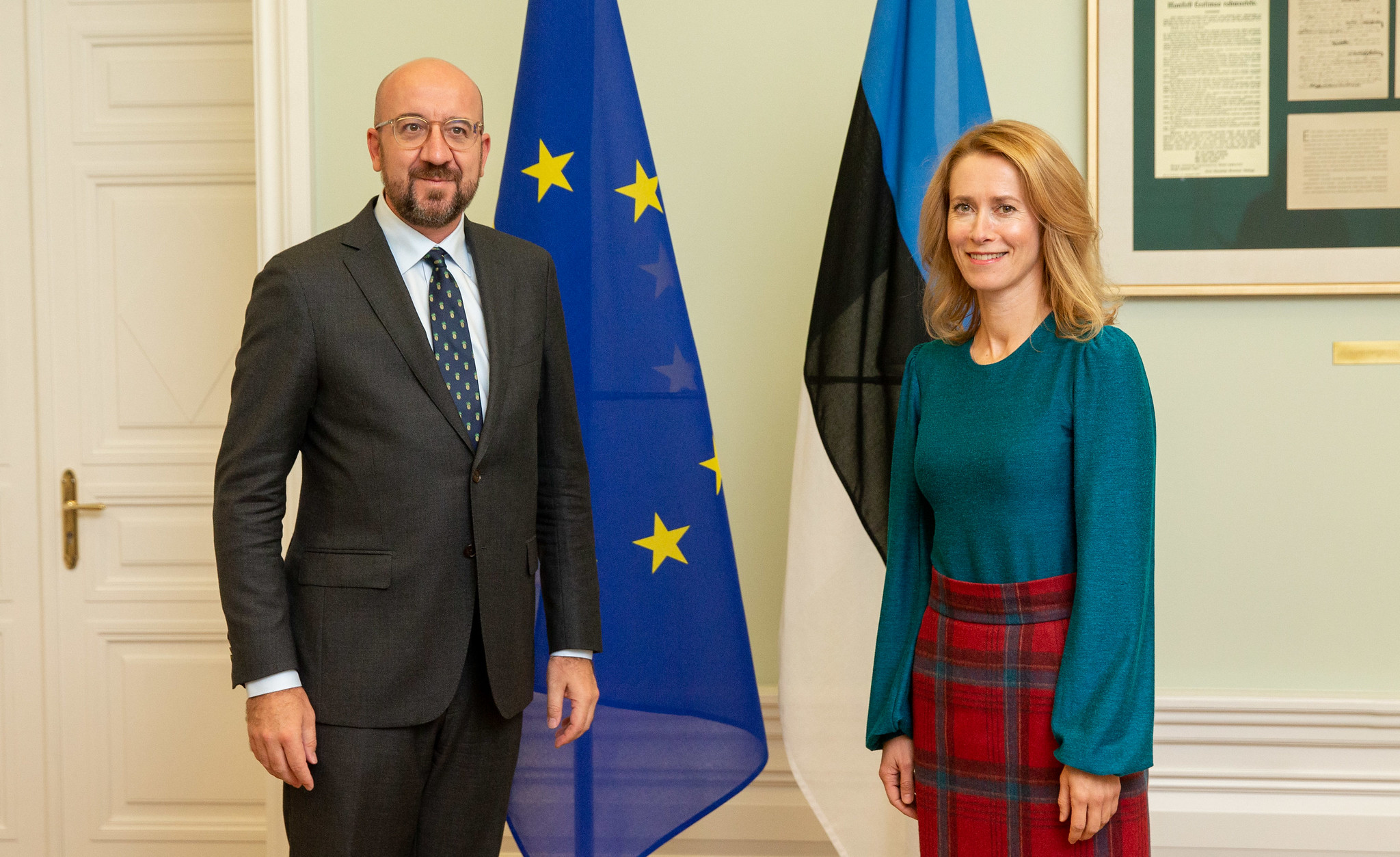 Last night in Tallinn, at a meeting with President of the European Council Charles Michel, Prime Minister Kaja Kallas said that trusted connectivity could be a European Union policy in the field of technology and innovation. ‘Countries that share common values should agree on rules to encourage countries and the private sector to invest in reliable cross-border infrastructure projects,’ said Prime Minister Kallas. The Prime Minister added that connectivity is a challenge with a strategic dimension, which should also be discussed by the leaders of the European Union in the future.

Kallas and Michel focused on green policy and the forthcoming negotiations on the climate package, as these are important topics for EU Member States. Prime Minister Kallas highlighted the need to think about how the development of energy interconnections could become a European project. ‘For example, we are planning to build a network of wind farms in the Baltic Sea – I see this as an opportunity for cooperation between several Member States,’ added Kallas, who also stressed the importance of EU financial support for wind farms.

Belarus’ hybrid attack on the EU’s external border was also discussed at the meeting. ‘Such actions are unacceptable and require a strong joint response from the European Union with the imposition of additional sanctions on the Belarusian authorities. We can see that the sanctions are working,’ said the Prime Minister. Kallas and Michel also discussed relations with the Eastern Partnership countries. Kallas acknowledged Michel’s commitment in this area and agreed that the EU should be a strong partner for the Eastern Partners and that cooperation with them could be more active. The Prime Minister and the President of the Council also discussed the situation in Afghanistan and relations with Russia.

The President of the European Council, Charles Michel, is in Estonia to participate in the Tallinn Digital Summit held today. The Summit will focus on trusted connectivity and highlight the links between cross-border infrastructure, geopolitics, and digital technologies. A key challenge for democratic countries is to build trusted physical and digital connectivity. At that, infrastructure is no longer just about roads or bridges, but increasingly about how we create, transmit, store and protect digital data.