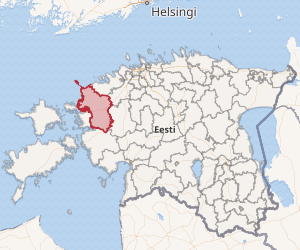 Enefit Green, renewable energy subsidiary of Estonia’s state-owned energy group Eesti Energia that wants to set up a large wind farm near Risti in western Estonia, has filed a lawsuit contesting the municipality’s decision to discontinue the designated spatial planning procedure for the wind farm project.

Neeme Suur, chairman of the council of the municipality of Laane-Nigula, said he was informed about the legal action by Enefit Green’s CEO Aavo Karmas in a phone call on Friday, when the matter reached the Tallinn Administrative Court, regional newspaper Laane Elu reported.

“We made a proposal to set up a work group to discuss how high turbines, where, how many, and the model of local benefit,” Karmas said.

Karmas argues that the council should not have terminated the procedure for the preparation of a designated spatial plan as even not all necessary surveys had been completed by that time.

“It was terminated too early,” he said.

According to the chairman of the municipality council, lack of knowledge on how high wind turbines can be put up near Risti was one of the reasons why the council terminated the planning procedure. Suur also said he was confident the council had made a well-considered decision.