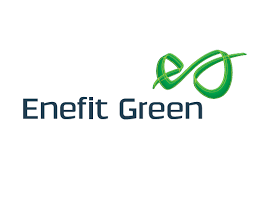 The lion’s share of production came from wind farms in Estonia and Lithuania, which produced 47 gigawatt-hours of renewable electricity in July. Wind power generation was 34 percent higher than in the previous month, but 33 percent lower than in the same month a year ago. Wind power volumes were undermined by weather in the Baltic countries being dominated by high pressure areas during the summer, which resulted in more subdued wind conditions compared to the same period in 2020.

“The constant warm air mass in July in all likelihood pleased holidaymakers, but it meant one-third less work for our wind turbines than last year. This enabled us to focus on maintenance work in order to be better prepared for the autumn season,” Aavo Karmas, chairman of the management board of Enefit Green, said.

Unlike wind, there was more of sunshine in July than last year. In July, Enefit Green’s solar parks in Poland and Estonia produced almost four gigawatt-hours of renewable electricity, which is 5 percent more than a year ago. The contribution of cogeneration plants was 8.5 gigawatt-hours of electricity in July.

Enefit Green is a renewable energy subsidiary of the Eesti Energia group, which currently owns a total of 22 wind parks, 38 solar power plants, four cogeneration plants, a pellet plant and a hydroelectric power plant in four markets — Estonia, Latvia, Lithuania and Poland. The company produced a total of 1.35 terawatt-hours of electricity in 2020.