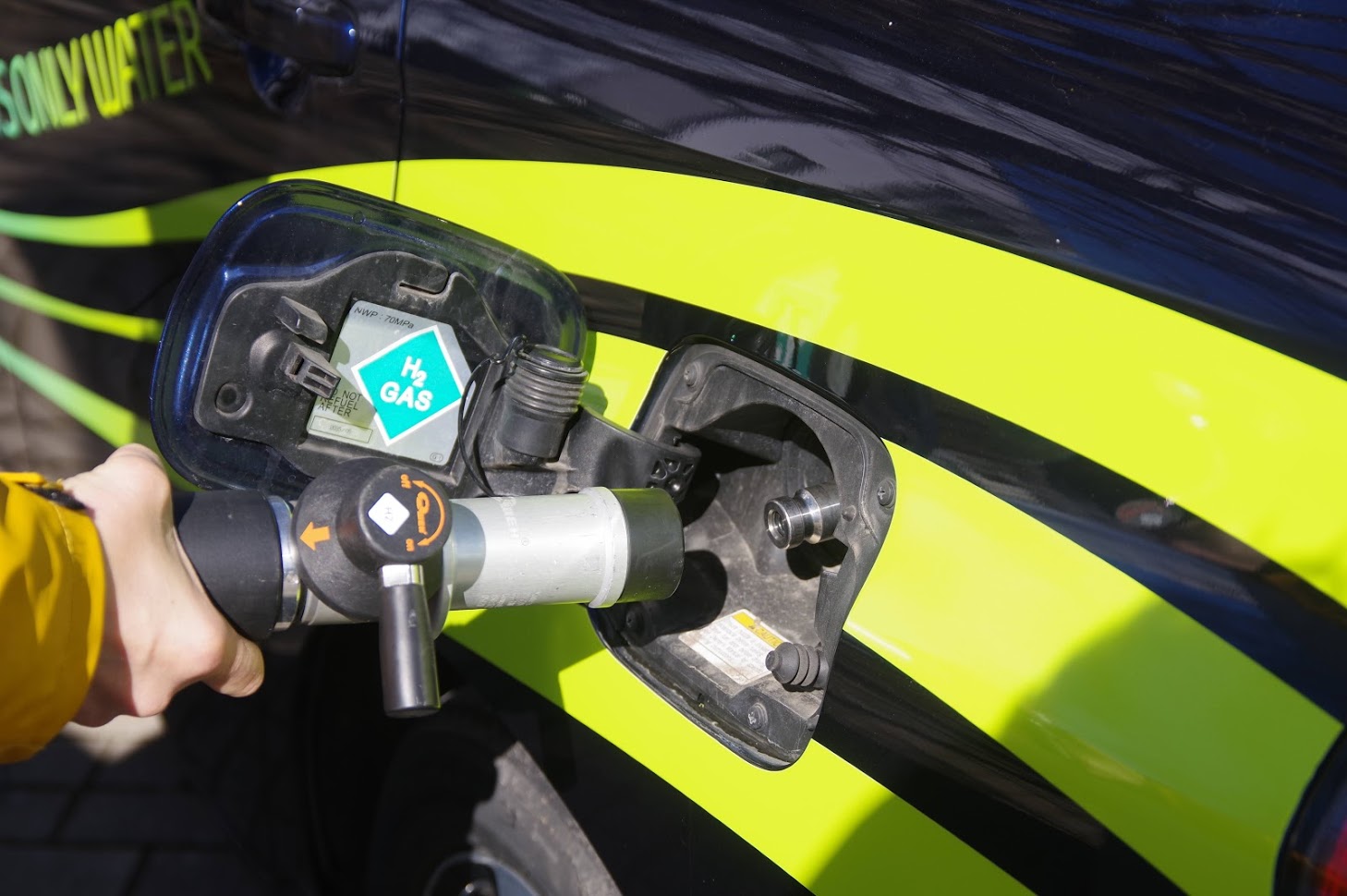 The city of Keila, in cooperation with the Dutch Embassy, is actively researching the application opportunities of hydrogen in the local municipality, to reduce the city’s ecological footprint in the future and to create energy systems independent of other networks.

According to the initial concept, in five years’ time, public transport in the city and the surrounding area could switch to the use of hydrogen technology and the first hydrogen production unit could be completed. Today, under the conditions of COVID-19 restrictions, already operating hydrogen solutions were presented at the Keila City government – two passenger vehicles and a dispenser for refuelling, which will remain in Keila until the end of April.

In addition to the local government of Keila, the Dutch Ambassador to Estonia Madam Özlem Canel, the Estonian Ambassador to the Netherlands, Madam Kaili Terras and the Member of the European Parliament Mr. Terras also attended the event. According to the Mayor of Keila, Enno Fels, the city is interested in the development and application of hydrogen technology in the transport, energy, and industrial sectors.

“A lot of active preparatory work has already been done for this and in cooperation with the University of Tartu, the National Institute of Chemical Physics and Biophysics, the Dutch Embassy and several private companies, the initial concept of hydrogen applications in Keila has been completed,” said Fels. The document, according to Fels, will be used as input to the energy- and climate plan of Keila.

The former deputy mayor of Keila and today’s member of the Estonian Parliament, Timo Suslov, is working on mapping the opportunities of using and developing the hydrogen technology in Keila. According to him, the most tangible use of hydrogen is in the transport sector. He added that Keila has a role as an important transport route, while located between Tallinn and Paldiski cargo ports. “Road transport is the most important source of emissions in the transport sector, and since there are already cars and buses running on hydrogen today, we should start here. As a pilot project, we are ready to switch the local public transport to hydrogen consumption in order to gather knowledge and experience that could later benefit other major Estonian cities,” said Suslov, adding that according to the concept, public transport in Keila and the surrounding area could be using hydrogen already in five years. It would also require the construction of a local small-scale hydrogen refuelling station and a green hydrogen production unit. “Here we can learn from the experience of Keila’s partner city, the city of Nieuwegein in the Netherlands, where a hydrogen filling station will be opened this spring.”

According to Suslov, local so-called small independent hydrogen storage and production solutions are also being developed in many parts of the world. “Such solutions could provide added value, for example in the event of an energy shortage. Here in Estonia, we have examples of how a storm can cause a multi-day power outage, which in turn leads to interruption of vital services. We need to learn from these situations and, when planning for the future, think of solutions that would not fail us in unexpected situations. Autonomous hydrogen systems are one solution here. To improve the energy security of buildings in Keila, a local hydrogen production unit based on solar energy could be created in the wastewater treatment plant by 2026 and a similar solution for a local hospital by 2028,” said Timo Suslov. In future, Suslov believes that it is worth considering the benefits of hydrogen in rail transport and energy as well. “Many passenger and freight trains already pass through Keila today, and in about 7-8 years the railway line leading to Rohuküla harbor could be completed. This will increase the share of rail transport through the city of Keila and open an opportunity to create a green hydrogen filling station here for trains passing through Keila, “said Suslov. He added that the use of hydrogen for residential heating solutions should definitely be explored as well. “Much work and research is still needed to make the use of hydrogen in these areas possible.”

The identified opportunities also require the establishment of local green hydrogen production units. The nearest renewable energy production capacities to produce green hydrogen are the wind farms near Paldiski. It is also worth exploring the possibilities of creating solar parks with a capacity suitable to produce hydrogen in Keila. Green hydrogen means that hydrogen is produced entirely with renewable energy. Hydrogen is produced by the electrolysis of water using electricity. In the case of green hydrogen, this electricity is generated, for example, by wind or solar energy, which means that the greenhouse gas emissions of the entire production process are close to zero.