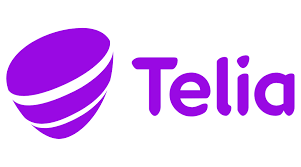 The Estonian arm of the telecommunications company Telia and state-owned energy group Eesti Energia entered into a five-year renewable energy agreement, during which Eesti Energia will supply Telia with a total of 156 gigawatt-hours of electricity.

According to the company itself, as of 2016, Telia Estonia only uses renewable electricity through purchased renewable energy certificates. Telia Estonia’s CFO Elis Pikmets said that one of Telia’s goals is to make its operations CO2-free and waste-free by 2030.

Agnes Roos, member of the management board of Eesti Energia, said that the group offers customers a long-term wind energy contract, the price of which is fixed during the agreed period. “This, again, gives renewable energy developers confidence that the wind farm‘s production will find a definite owner,” Roos said.

When it comes to Telia, all of the electricity they consume will be produced at the Telsiai wind farm in Lithuania, which will be completed in 2022. The 68.9 megawatt wind farm to be built by E energija is the largest in the country and is located in the Tryskiai region of western Lithuania.