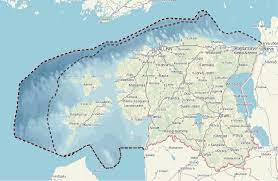 According to Saare Wind Energy, an energy company developing a wind farm worth 1.7 billion euros on the southwestern coast of Saaremaa island, Estonia needs large-scale renewable energy capacities as soon as possible, adding that offshore wind farms are realistic solutions to that.

According to the company, the currently pending projects — the Gulf of Riga offshore wind farm of Saare Wind Energy and Eesti Energia — could be operational no earlier than in 2028, and the possible Elwind offshore wind farm after 2030.

“It is important to realize that the construction of offshore wind farms in Europe has already become a regular everyday activity using advanced technology. The solutions used are, of course, evolving, but with the logic and speed of technological and economic development,” Kuido Kartau, member of the management board of Saare Wind Energy, said in a letter sent to the Ministry of Finance.

According to him, this means that, for example, when starting to build an offshore wind farm in 2026, it may be realistic that even with the best solutions in the world, it will not be possible to build, transport and install gravitational foundations for the best wind turbines used at that time. It is also probably not optimal or realistic to install submarine cables for long kilometers in a relatively shallow sea.

“It must be acknowledged that Estonia is not able to carry out large-scale innovation in renewable energy domestically, but in essence we have to copy and simply apply the best technologies in Europe. Although based on maritime planning, further developments and decisions must be based on technological and economic realities,” Kartau said.

At the same time, Estonia’s first national maritime spatial plan has been completed. The maritime plan provides instructions on how to operate in Estonian maritime space in the next 15 years, providing a comprehensive picture of the various areas of use of the sea and providing a specific framework in terms of conditions and guidelines.

The Saare Wind Energy board member admitted that purely during the preparation of the plan — over a period of about 4.5 years — the importance of renewable energy has become even more important than before.

“The operative establishment of a maritime plan is undoubtedly extremely necessary for the real promotion of renewable energy production and the implementation of the green turn. In a few decades, Estonian electricity production will largely shift to offshore wind farms. In addition to developing offshore wind farms, transmission systems need to be developed accordingly,” Kartau said.

“Electricity supply at national, macroeconomic and regional levels is expected to be even more important in the future than it is today. Those successful are regions with high security of supply and affordable electricity, therefore, there is a clear advantage in the vicinity of high production capacity and high transmission capacity systems,” he added.

In the letter, Saare Wind Energy thanked and commended the drafters of the plan several times for the work done, and said that the company looks forward to the introduction of the plan soon, which would allow the developments to be implemented.

Opinions on the solution and impact assessment can be submitted for the Estonian maritime spatial plan until Dec. 8.

The Ministry of the Environment has approved the environmental impact assessment (EIA) program for the offshore wind farm to be established on the western coast of the country’s large western island of Saaremaa by Estonian energy company Saare Wind Energy OU.