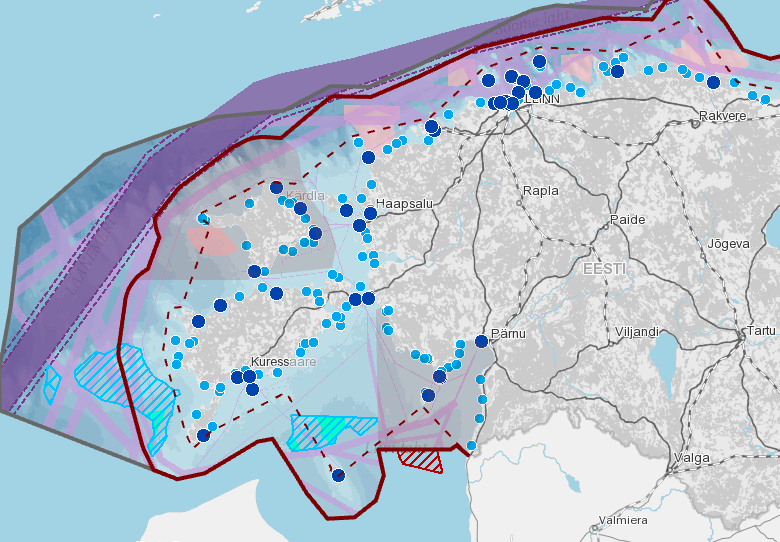 On Thursday, the government adopted the Estonian maritime area spatial plan, on the basis of which the organization of activities at sea will take place in the future.

The plan regulates the activities of different fields, sets the principles of concomitant use and opens up perspectives for new ways of using the sea. In parallel, the previously adopted spatial plans for the sea areas of Parnu and Hiiu will remain in force, the Ministry of Finance said in a press release.

Minister of Public Administration Jaak Aab described maritime spatial planning as essential for long-term planning of the use of the maritime area. The plan is expected to guide sea related activities in Estonia for the next 15 years or so.

“Our use of the sea has changed, and in addition to traditional activities such as fishing and shipping, new uses have been added, such as aquaculture and wind energy. All the necessary activities must be accommodated, without damaging the state of the sea or each other,” the minister said.

“This is the first time we have done such large-scale and wide-ranging maritime spatial planning. All relevant stakeholders, from developers to environmentalists and from fishermen to diving enthusiasts, were involved to the maximum extent possible,” said Katri-Liis Ennok, head of the spatial planning department at the Ministry of Finance.

According to the official, the requirements for the activities we already know well and are used to, in which the rules are mostly in place, were not changed, but an attempt was made to ensure clear operating principles for them taking into account different interests.

“The focus was more on co-use and new domains. For example, areas suitable for the construction of offshore wind farms and prospective cable corridors for connections to land are designated for energy production. Also, considering the rapid development of the domain, areas where aquaculture cannot be developed,” Ennok explained.

The development of the spatial solution of the plan was based not only on an assessment of the environmental impacts, but also of the impacts on human health and the social, cultural and economic environment, in order to arrive at a solution that would be appropriate for both nature and people. The location of Natura 2000 sites was also taken into account in the planning of new activities and sites.

The spatial plan will serve as the basis for making various decisions permitting the use of sea areas for both ministries and state agencies and will serve as a guide for businesses, investors, local governments and coastal communities.

In the next stage, as a result of surveys to be carried out as part of the superficies right and construction permit procedures, it will become clear to what extent, with what parameters and where exactly different areas can be built. This will change the current practice based on individual decisions.

An action plan was drawn up for the application of the maritime spatial plan, which enables, among other things, to monitor whether the activities are moving in the desired directions and support the objectives set out in the spatial plan.

The adoption of a maritime spatial plan for Estonia is also set as an objective in the government’s action program. In accordance with the Planning Act, the spatial plan is reviewed every five years and the government given an overview of its timeliness and relevance.