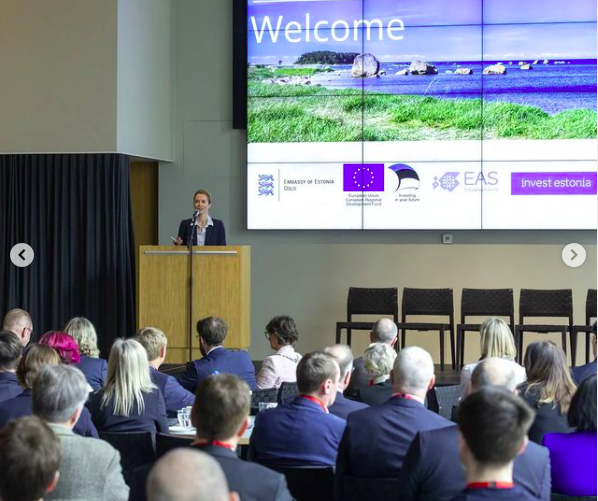 According to the prime minister, the Estonian state needs to work actively to ensure that our companies enter the Norwegian market and find partners there, and to contribute to more Norwegian investment coming to Estonia.

Kallas noted that at the meeting she just had with the prime minister of Norway, Jonas Gahr Store, it was decided that a groundwork will be laid for closer cooperation between Estonia and Norway in the field of energy and green transition.

“Let’s start by undertaking an analysis and mapping the focal points of cooperation today and in the future,” Kallas said according to a press release.

The premier noted that Estonia has set itself the goal of carrying out a green transition and achieving the European Union’s (EU) climate goals, while ensuring energy security and better energy prices.

“In order for our environment to be cleaner and better preserved, we need to find greener and more sustainable solutions for energy production. The future of electricity generation in Estonia is linked to offshore wind energy, and Norway definitely is a partner to work with in this domain. Norwegian carbon capture technologies are also one way to reduce environmental impacts, and here too we are interested in intensifying our contacts with Norway,” Kallas explained.

Speaking about Norwegian investments, the prime minister expressed satisfaction that Aker Offshore Wind is interested in investing in the development of offshore wind farms in Estonia.

Timo Tatar, deputy secretary general for energy at the Estonian Ministry of Economic Affairs and Communications, said Estonia is very pleased that Aker Offshore Wind has chosen Estonia to work with strategically in the field of offshore wind energy and, specifically, new technologies. He described Aker as one of those new and innovative companies that help to take the development of Estonian offshore wind energy to the next level.

“Aker has an experienced team who have developed several projects in the Baltic Sea and know the conditions here. Aker’s interest in Estonia’s offshore wind potential is a recognition that we are doing things right,” Tatar added.

Lauri Lugna, chairman of the management board of the joint institution of Enterprise Estonia (EAS) and Kredex, meanwhile said that Aker Offshore Wind’s interest in Estonia and the application for a superficies permit filed by them for the development of an offshore wind farm in the so-called innovation area in Estonia is an excellent example of the progress of Estonian-Norwegian cooperation.