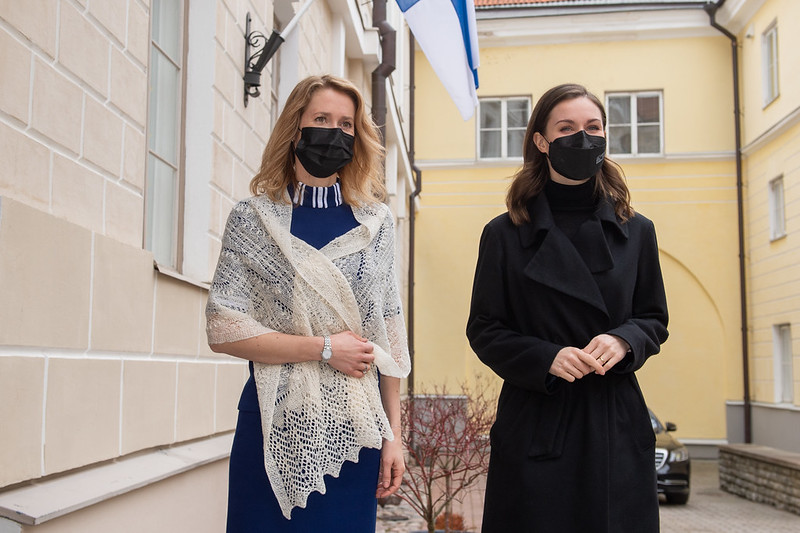 According to Prime Minister Kaja Kallas, Russia’s massive attack on Ukraine has changed the perceptions of all of us and we must be ready to ensure the security of our region in this new reality. “Estonia, like Finland, has a strong defence capability based on conscription and reserves. The defence capability of Estonia is also ensured by the collective defence of NATO. In the new circumstances, it is necessary to intensify co-operation to improve the security of both of us,” said Kallas, who said that Estonia is Finland’s closest friend in NATO. “Situations that have changed beyond recognition make good friends and neighbours work even more closely with each other,” she added.

According to Prime Minister Kallas, the suffering we see happening just a thousand kilometres from us in Ukraine is shocking. “It is the civilian population that is at the forefront of Putin’s war: large cities are being besieged and residents are being prevented from leaving safely. This has led to a humanitarian catastrophe,” said Kallas.

The prime minister recognised that our neighbour has become a pariah state and that living in the neighbourhood of such a country requires a quick and long-term adjustment. First and foremost, we must support the people and leaders of Ukraine and give them hope in this difficult situation. “A clear perspective for joining the European Union is important here. That has become our moral duty. I am pleased that the European Parliament has called for Ukraine to be granted candidate status,” said Kallas.

According to Prime Minister Kallas, Ukraine also urgently needs military support to be able to defend itself against the aggressor. “About 30 countries have decided to help Ukraine with defensive military assistance. That is a historical number. I am glad that Finland has also made this important decision,” Kallas noted.

Kallas emphasised the need to continue isolating Russia as well as Belarus, an accomplice in the aggression, from the free world. “Our joint decisions in the European Union so far to isolate Russia in the political, military, and economic sense have been on a historic scale. It is remarkable that these decisions go beyond governments. “A very large number of companies as well as sports and cultural organisations have also made decisions to sever relations with Russia and suspend their activities there,” she said.

Kallas also noted that the aggression of Russia against Ukraine also affects the lives of the Estonian people and our economy. “We must be ready for a long battle and inevitably, we will have difficult times ahead of us. However, that is the price we have to pay in the fight for freedom and democracy,” she said.

Prime Minister Kallas also emphasised co-operation in the field of energy and noted that our goal must be to reduce the energy dependence of Europe on Russia. “We can achieve a lot together with Finland in this area: invest more in renewable energy than before, such as the rapid construction of the Baltic Sea grid and the construction of wind farms to keep prices lower for consumers,” she said. “I hope that we will be able to move forward quickly with the Estlink 3 project and complete it by 2030 at the latest. We also want to quickly conclude a gas solidarity agreement to be ready to offer mutual assistance in a situation where Russian gas no longer reaches our market or not enough reaches it,” Kallas added.

The third report on future co-operation between Estonia and Finland was also presented to the prime ministers today. The authors of the report, Jaak Aaviksoo and Anne-Mari Virolainen, gave an overview of the current state of Estonian–Finnish relations and recommendations for new opportunities for co-operation, especially in the field of the digital revolution and the green transition. The report is available on the website of the Ministry of Foreign Affairs: https://vm.ee/sites/default/files/ee-fi_visionary_report.pdf